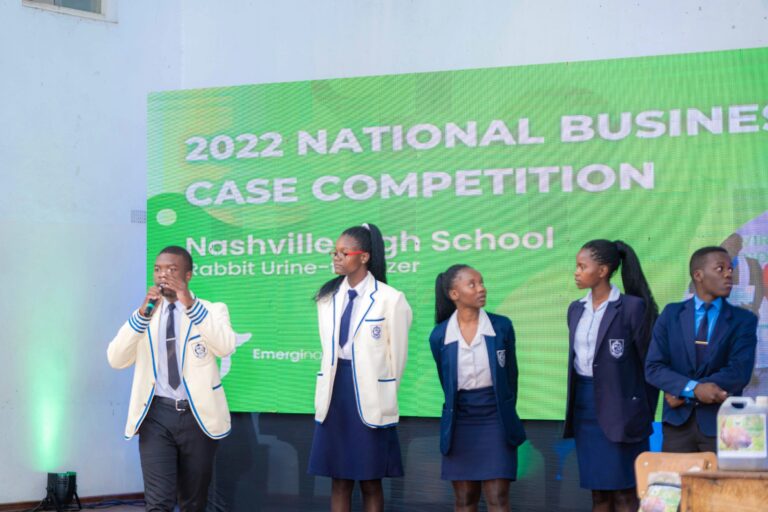 As part of the FutureLife-Now! programme, Nashville High School has implemented many initiatives to empower young people on issues around health, education and development. One particular initiative has been to use clubs to encourage and enable youth agency. The most successful of these is the FutureLife-Now! Leadership Club.

Club chairperson, Calton Nemutenzi, was inspired by FutureLife-Now! to use his “power within” to think of a way to implement his knowledge for the benefit of many. He and a group of fellow learners noticed that many farmers in their area were keeping rabbits for meat production. At the same time, these farmers were forced to spend a large amount of money on costly chemical fertilisers for their crops, which created financial challenges.

For Nemutenzi and his friends, a light went on – the rabbits could provide the perfect solution to the farmers’ problems – and so the rabbit urine fertilizer project was born.

Using the knowledge acquired during biology classes they realised that rabbit urine could be used as an organic fertiliser, thereby introducing an affordable option for farmers that had the potential to lead to bumper harvest productions.

Rabbit urine can also be used as a pesticide against whitefish, sap-sucking insects, and leaf miners, protecting the environment and lowering farming costs even further. As it is organic and environmentally friendly, the fertiliser can also help mitigate against global warming. In the long term, the initiative could help reduce hunger and poverty in Zimbabwe, as well as the toxic diseases caused by chemical fertilisers.

Club members are completely devoted to the project. Aside from the chair Nemutenzi, Chantel Jacob and Giles Mupambo’s role is to ensure the project will be financially viable and profitable, Ruvimbo Gwauraya carries out research and analysis and Vimbai Nyavanhu helps organises the team.

The rabbits they plan to rear will also be used for meat production, as rabbit meat is very healthy and low in cholesterol. The rabbit droppings will be used as mosquito repellent and the fur and hides will be used to make clothing. Overall, there will be zero waste. 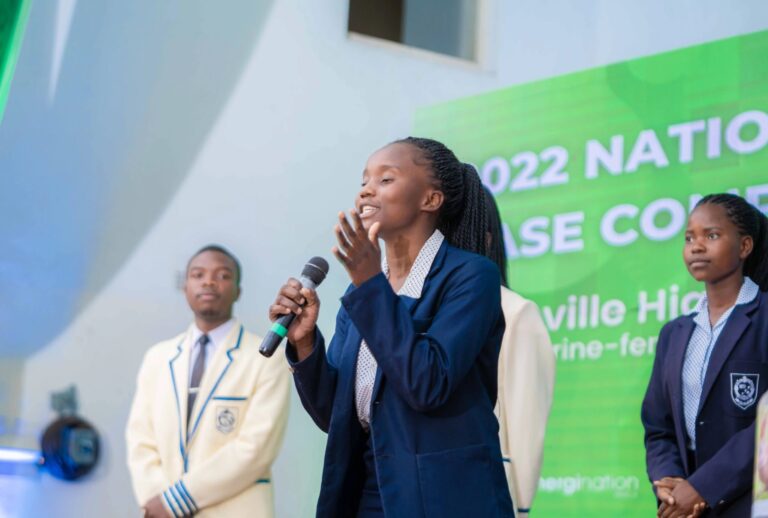 With their unique business project in hand, the learners started looking for support. They entered the National Business Case Competition run by Emergination Africa in partnership with Deloitte, Germany. The competition ran in the Midlands province of Zimbabwe and was held at Anderson High School where seven schools took part. Although the competition was stiff, the team kept in mind the words of their biology teachers, Samukheliso Makombe: “Go set the stage on fire”. They won and proceeded to the Nationals Finals at Prince Edward High School in Harare, where they competed against 30 other schools. For the team, it was an experience they will never forget.

As tough as the competition was, the Nashville High School club managed to sell their idea to the judges and took fifth place, receiving seed capital of USD 5 000 which they will use to start their business. They were also entered into the Virtual Innovation Accelerator programme.

“This brilliant initiative is the result of encouraging young people to practice their agency,” says Zimbabwe’s FutureLife-Now! country manager, Aussie Ndlovu. “This idea of theirs can only grow – they are helping to tackle a serious problem in the community and will probably create jobs for other young people. This is social entrepreneurship at its best.”