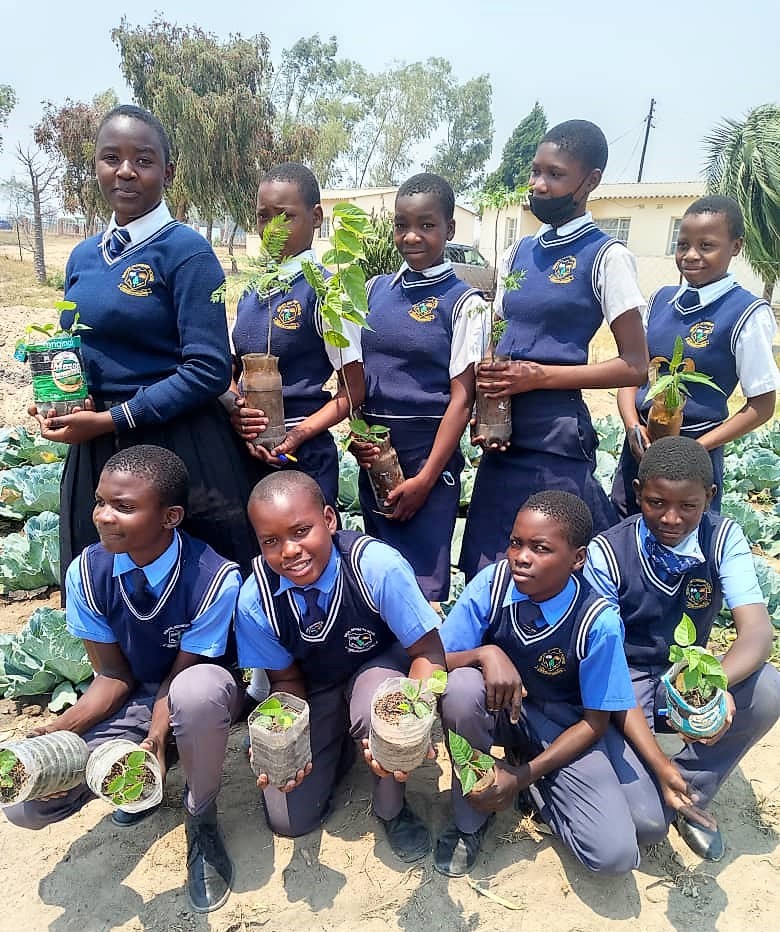 Members of the Climate Change Movers club at Murape High School in Zimbabwe are determined to fight the effects of climate change by helping empower its members to not only make decisions, but to act on those decisions.

This year the Climate Change Movers decided to step up a gear with their climate change mitigation programme, and work to influence school policy. The club started a new project called, “One New Learner, One Tree, Makes Murape Cool”.

Starting next year, the project will see all new pupils who enrol in the school pledging to plant and maintain one tree on the school grounds. “The idea was borrowed from the Philippines, where every university student is expected to plant at least 10 trees before graduating,” says Michael Jokonya, a FutureLife-Now! peer educator and deputy headmaster. “It is our hope that once tree planting becomes the culture at Murape Secondary, the environment will become greener and climate change challenges will also become a thing of the past.”

“I’m proud of these young people who are taking the initiative to change the narrative around climate change,” says Zimbabwe’s FutureLife-Now! country manager, Aussie Ndlovu, “Importantly, they are influencing school policies, and by so doing are setting a foundation to become future leaders.”

Murape Secondary School is one of the 10 FutureLife-Now! pilot schools located in the peri-urban district of Seke, just 40km outside Harare, Zimbabwe. Since last year, the club has been the glue that keeps the school and the community working together on environmental issues.

Says learner and club member Delyn Mudzingwa (18), “Trees and other plants are a natural carbon dioxide sink due to their ability to convert the carbon dioxide to oxygen. Planting trees reverses deforestation and hinders global warming and its effects.”

Prominence Makeredza (17), another learner and club member, pointed out that “due to continuous power cuts in Zimbabwe, people have been cutting down trees to get firewood. This is reducing the number of trees in our community and accelerating climate change.”

The current FutureLife-Now! club members are working to prepare and maintain a tree nursery at Murape Secondary School. Already there are 60 tree seedlings under the club’s care, with a target of at least 120 tree seedlings by the end of the year.