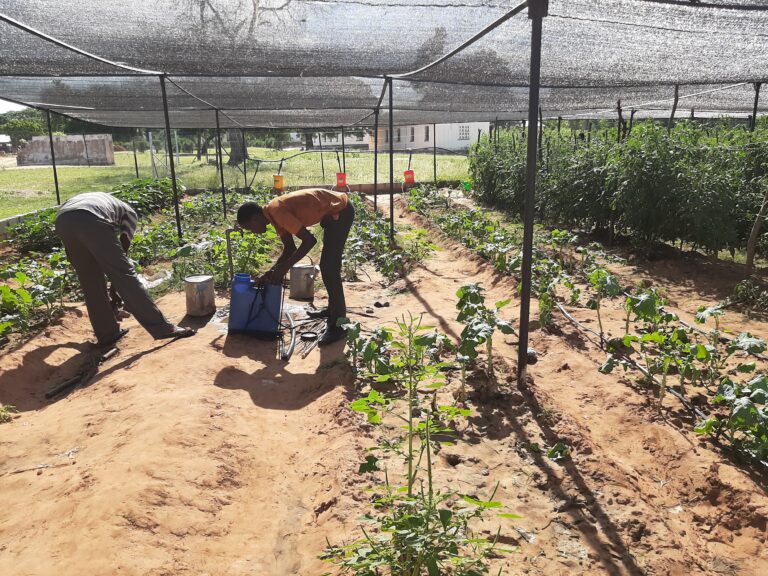 Without clean water teachers and learners suffer, and schools cannot reach their educational potential, even if they have skilled teachers and knowledge-hungry learners. It is difficult for even the most motivated learners to learn when they are thirsty, or sick from drinking dirty water, or have to use bathrooms without water. These were some of the challenges Lusitu Secondary School in Zambia faced prior to receiving water.

According to Mweene Andrew Mulimba, one of the senior villagers, “The Lusitu area can be best described as a living hell. It is a hot and drought prone desert, with scorching heat, high temperatures and bare lands, and fresh water is unavailable.” At the secondary school the situation was even more dire for girls reaching puberty. Said one of the teachers, “The bathroom situation was very discouraging. Most female learners dropped out of school when they hit puberty, out of embarrassment due to the lack of privacy and a conducive sanitation environment.”

Since 2019, however, the situation has improved considerably. Through FutureLife-Now!, a 5 000 litre water tank was erected and three garden taps installed; one inside the schoolyard, one near the girls’ dormitories and a third outside the school near the teachers’ houses. This tap also catered for community members.

In 2020, through assistance from Global Hope Mobilization (GLOHOMO), a sink with two taps was installed in all eight of the school’s pit latrines and more sinks as well as showers were installed in the girls’ dormitories.

This year, another tank was erected to cater for the garden project, and a tap was installed in the garden.

Mulimba said that he was overwhelmed. “This project that FutureLife-Now! has brought to Lusitu Secondary School has not only benefited the school but us in the community and our livestock too,” he said.

Agness Mutena, a Grade 12 pupil at Lusitu Secondary School said that before assistance from FutureLife-Now!, water was a challenge. “We all suffered a lot. We used to walk half a kilometre to fetch water from the nearby boreholes for domestic use,” she said. “We have benefited a lot from this project as it has become easier for us learners to study more without stressing on how we shall get water because we now have running water in school.”

The availability of running water at Lusitu Secondary School has brought a number of positive developments. The project has enhanced gardening and beautified the school. The school now has a garden and is offering agriculture and gardening skills to the learners.

Learners and the school community at large are now able to buy produce like onions, tomatoes and okra from the school garden instead of walking two kilometres to the local market.

Kukenga Kuzanga, a Grade 11 learner is a Climate Change Club member. “It used to be difficult to plant trees or do any form of gardening due to unavailability of water.”

FutureLife-Now! has brought more than running water to Lusitu Secondary School. Solar power has been installed, a new wire fence erected around the school, and new equipment – like balls and jerseys – provided for co-curricular activities like volleyball, netball and soccer.

“FutureLife-Now! was there to help when COVID-19 struck, arranging support in the form of face masks, hand sanitisers and soap,” says the FutureLife-Now! focal person, NK Abson. “FutureLife-Now! has also brought positive behaviour change and awareness amongst learners on HIV and AIDS reduction, gender equality, boys’ vulnerability and climate change as well as care and support for teaching and learning through various workshops and youth facilitations. We are so grateful for all the support.”

Learners at Semonkong High School celebrate with traditional dancing 11 March 2022 was a busy...

Webinar | Launch of the SADC Child and Youth Agency Framework

Register your participation to this webinar which will introduce the CSTL community to the SADC...

Moomba Boarding Secondary School in the Chibombo District of Zambia held a series of workshops under...