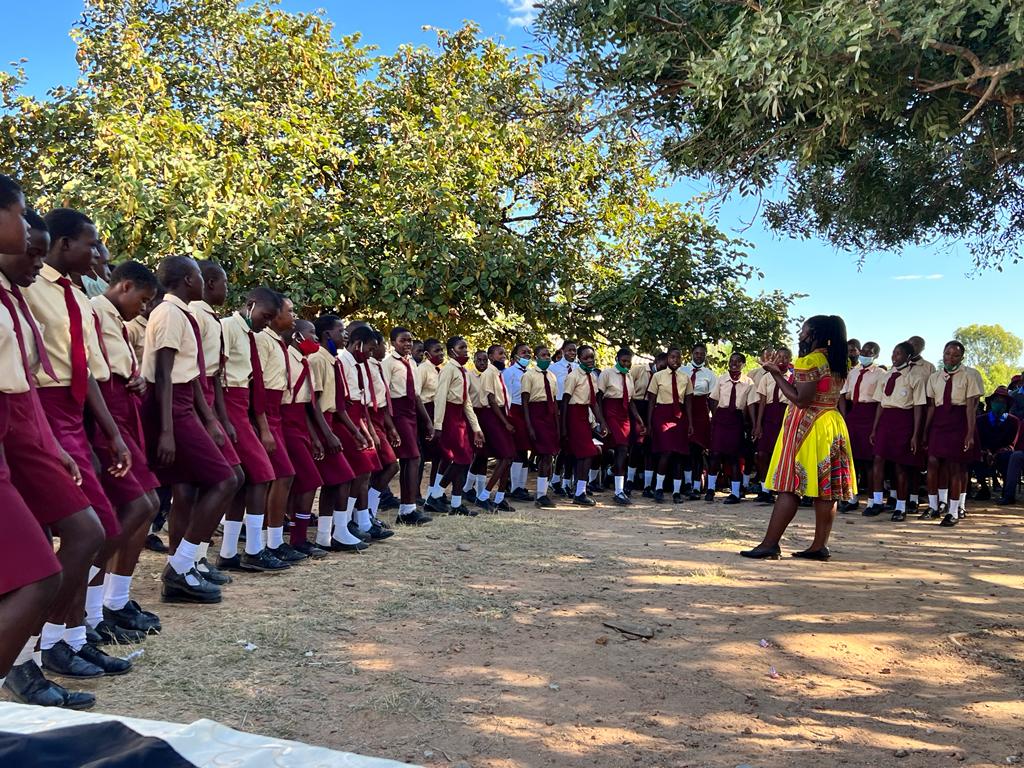 Climate change has had an alarming effect on the weather in many parts of the world, and Fort Rixon in south-central Zimbabwe is no exception. Initially founded as a British military post during the Ndebele uprisings, it is now an agricultural and ranching hub. However, over time the weather has changed and the area is currently receiving far less rainfall than in years gone past, with negative consequences for agricultural activities and cattle ranching.

But this has not gone unnoticed. Thanks to the Climate Change Club at Fort Rixon High School, there is light at the end of this dark tunnel. Led by the FutureLife-Now! peer educators, school initiatives have been introduced that address the effects of climate change. Much of this has begun with small changes in behaviour and the planting of trees.

Early this year, the club decided to host a tree planting ceremony in order to raise awareness. The idea was to reach out to strategic stakeholders and bring other neighbouring schools into their campaign.

A successful event was held at the school on 5 April 2022. The theme of the day was “Plant a tree, plant hope – we are the hopeful generation”.

Several prominent stakeholders were invited to the event, including Farai Taruvinga, Member of Parliament (MP) for the Insiza District, the councillor for Ward 18, Jostina Ndondo, heads of neighbouring primary schools, a representative from Fort Rixon Environmental Education (FREE), the Insiza District schools’ inspector, as well as learners from neighbouring primary schools, parents and guardians. In total, 320 people attended the ceremony.

Part of the day’s success was the generous donations of tree seedlings from FREE and from MP Taruvinga. This helps strengthen one of the FutureLife-Now! objectives – establishing strong partnerships within communities to ensure project sustainability.

Another highlight of the day was entertainment offered by the learners, in the form of poems, dance and music. These songs and poems were centred around climate change and other FutureLife-Now! focus areas, namely gender equality including addressing boys’ vulnerabilities, and ways in which to reduce new HIV infections and increase anti-retroviral therapy adherence. 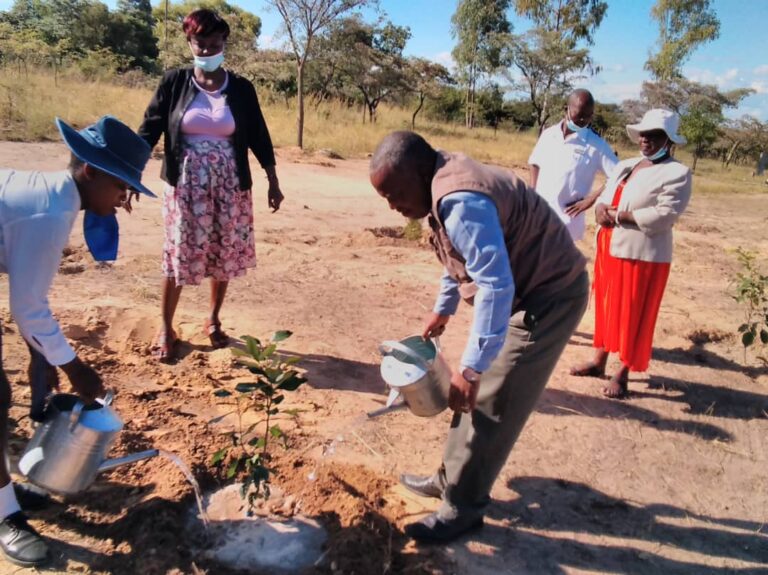 Together with a Fort Rixon learner, Edgar Mubvuma of MIET AFRICA waters a newly planted tree

Invited guests gave speeches on the importance of trees and Nelson Ngwenya from FREE held a Q&A session with the learners. He further shared how the honour fell to each learner to take good care of all the trees. “The trees assist even other animals and organisms besides humans,” he said. In her talk, local councillor Ndondo warned: “Those who destroy the environment must desist from such activities as they threaten our very existence.”

MP Taruvinga thanked the learners for being at the forefront of such a noble initiative and added, “You are tasked with planning further projects that promote self-sustenance and the maintenance of our environment.”

The district schools’ inspector, through her representative, thanked the learners and the parents for coming together and taking part in the tree planting initiative. Fort Rixon peer educators summarized the objectives of tree planting and shared information on the importance of coming up with mitigation measures to address climate change issues.

The actual tree planting took place after a demonstration by Ngwenya from FREE who instructed learners saying: “As taught by our elders before us, we should talk to the trees and tell the plants what we wish for and look forward to. Our learners must speak to the trees, and ask for more shade, a healthy environment, fruits, and beauty.”

The invited guests were then given an opportunity to plant trees, followed by the learners and parents. A total of 150 trees were planted. The trees included the Australian Cherry and the Boer Bean tree for the driveway, as well as a variety of fruit trees including guava, mango, grape, and loquat. About 50 tree seedlings were given to the invited guests and parents to plant at home. 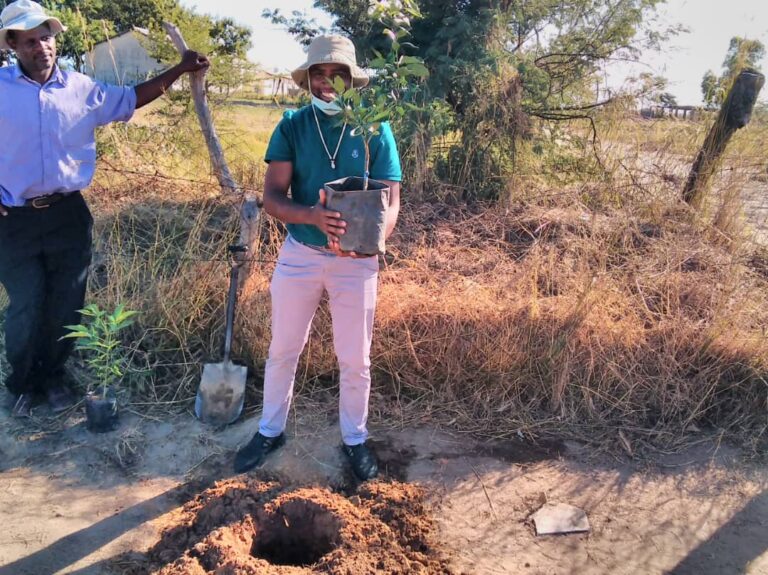 Learners at Semonkong High School celebrate with traditional dancing 11 March 2022 was a busy...

Webinar | Launch of the SADC Child and Youth Agency Framework

Register your participation to this webinar which will introduce the CSTL community to the SADC...

Moomba Boarding Secondary School in the Chibombo District of Zambia held a series of workshops under...