Meet our Queen of Beans | Diana Zariro is Reaping the Benefits of her Labour!

It is always inspiring to hear stories of learners taking matters into their own hands and making decisions that have a positive impact on their lives as well as those of their family and their community.

In the face of hunger and hopelessness brought on by COVID-19, one such learner, a 15-year-old girl named Diana Zariro, made the decision to take charge of her future, and empower herself through her own actions. 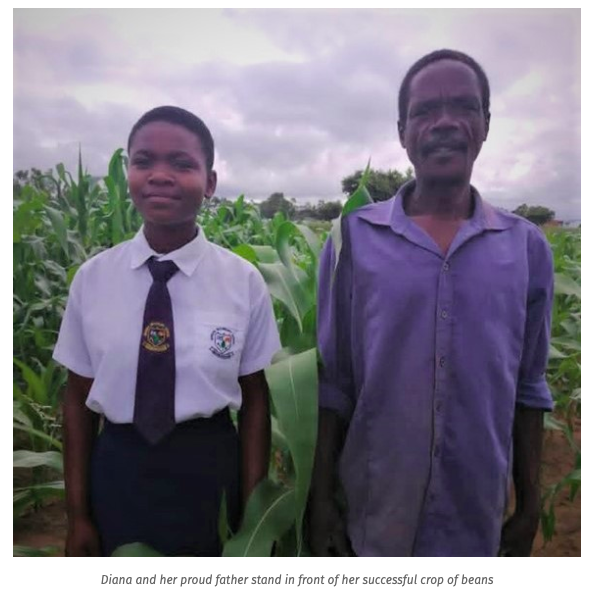 In October 2020, due to the serious food shortages facing many families in Zimbabwe, FutureLife-Now! delivered food hampers to the most needy learners in the 10 FutureLife-Now! pilot schools. This helped the children at a critical time, as their guardians were unable to provide food while they were confined to their homes.

Diana, whose parents are communal farmers, was amongst those who benefited from this intervention. There are seven family members in Diana’s household, including her parents and siblings. After Diana received her food pack, she asked her mother to reserve the 500g packet of beans and use everything else in the hamper.

Her reason was, “As much as we needed the beans urgently for food, the packet was going to provide a single meal. Seeing that the rainfall forecast predicted good rains, sowing this packet of beans would produce more meals.”

Despite initial resistance from her family, her persistence finally paid off and her parents gave her permission to use a piece of land that had not yet been prepared for planting. She cleared the land alone and started digging it manually. Diana later invited her school headmaster, Lameck Chahwanda, to visit her and her piece of land in an effort to drum up support. She wanted to convince her parents to assist her as she did not have any fertilizer.

The headmaster met with Diana’s parents and it was then that the family realised how serious she was. Although her parents could not afford fertilizer, they assisted her by sourcing organic manure instead. As predicted, the rains were good and her crop did very well.

Now Diana is determined to continue her success by saving some of the beans from this crop for the upcoming season. This will ensure that her family will benefit from a better diet.

“When we shared her story with other learners, they were inspired and promised to break their own new grounds,” said Chahwanda.

“I met with Diana on my last school visit (March 2021) and commended her for her agency and putting everything she has learnt at school in practice,” said Zimbabwe’s FutureLife-Now! Country Manager, Aussie Ndlovu. “She is a true reflection of what the FutureLife-Now! programme is seeking to achieve – learner agency and for learners to be community champions.” 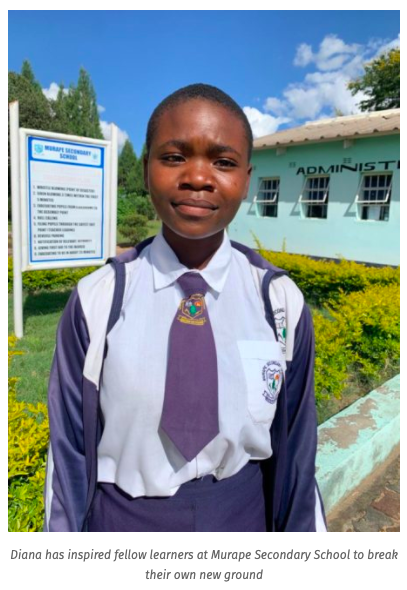 Our Time to Act! | Radio Carries FutureLife-Now! Messages Throughout SADC

As part of a coronavirus emergency response in the four FutureLife-Now! pilot countries, MIET AFRICA...

The COVID-19 pandemic presented a host of challenges to Lesotho’s schooling, including its...

COVID-19 brought with it a serious communication challenge. Lockdowns, restrictions on public...

Welcome to the Chalimbana Clinic Youth-friendly Corner, situated in Chongwe District in the province...

Meet our Queen of Beans | Diana Zariro is Reaping the Benefits of her Labour!

It is always inspiring to hear stories of learners taking matters into their own hands and making...

An important component of the FutureLife-Now! programme is the testing of a package of school-based...

CSTL in Zimbabwe has enabled scaling-up and systematising support for children and responding to a...

The South African government has made significant gains in increasing access to affordable basic...

ON THE GROUND: Clean hands save lives. It’s as simple as that

Clean hands save lives. It’s as simple as that. According to UNICEF, in 2016 diarrhoea was...