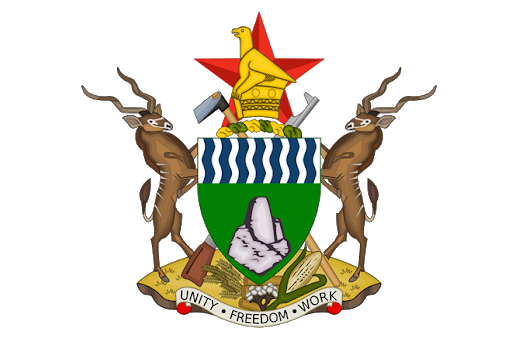 A landlocked country in South East Africa, separated from Zambia by the Zambezi River. The Limpopo River in south forms part of the border with South Africa, it is bordered in east by Mozambique, and in west by Botswana. The Namibia-Zambia-Botswana tripoint at the town of Kazungula (Zambia) lies about 100 meters from the Zimbabwe border and as such Namibia almost borders Zimbabwe.

With an area of 390,757 km² (150,872 sq mi), compared it is about half the size of Turkey or slightly larger than the US State of Montana. Zimbabwe was formerly known as Rhodesia, it declared independence from the United Kingdom in 1965, but was only recognized in April 1980.

The country has a population of 14.2 million people (2016 est.), most commonly spoken languages are English, Shona and Ndebele.

Background: The UK annexed Southern Rhodesia from the \ South Africa Company in 1923. A 1961 constitution was formulated that favored whites in power. Read more.

Formerly known as : Republic of Rhodesia and Zimbabwe Rhodesia.