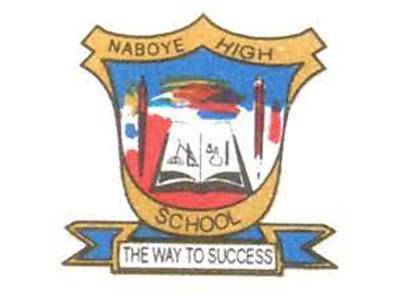 BACKGROUND OF THE NAME OF THE SCHOOL

The school derives its name from the adjacent Naboye stream. According to oral tradition the school got its name after two (2) young girls returning from their initiation ceremony in Shikoswe got drowned. These girls were among other people who were returning to their village, which was situated at the present site where Naboye Secondary School is today. In memory of these two girls, the small village and the stream were named as Naboye.

Today the descendants of the people who lived where the school is have set up a village situated one kilometer south of Kafue River Rail Bridge and their village is commonly known as Naluwama. Their village Headman was Muumba Keembe and his surviving descendants gave out this information between 1984 and 1987.

Naboye secondary school was founded in 1969 by the government of the Republic of Zambia. It was the first and only Government Secondary School in Kafue District then.

On 2 nd February, 1970, the school was officially opened with four (4 classes of form I grade 8) with total enrolment of 141 pupils. The first Headteacher was Mr. H.S. Chiko 2nd the Deputy Headteacher was S.S.E. Mesamoney.

The total number of teachers was seven (7) On 18 th May 1970, the administration block was officially handed over to the Head and the first Headteacher moved into his official residence at plot number p17/13C6 and had his residential phone number 311325 installed.

In 1971 Mr. Chiko went on transfer to Kalabo in the same capacity and was replaced by Mr.G.M.K. Musumali who remained in office until September, 1973 when he was transferred to Mumbwa Secondary School.Mr.Musumali was replaced by Mr.J.A.Banda who ran the school until June 1975. From 1975 to date the Headteacher have been as

The school also emerged Champion in girls’ soccer. It will also be representing Lusaka Province for the NATAAZ national festival in the traditional dance category. The school is also active in debate and between 1996 and 1999 two (2 pupils from the school was selected to go to London to observe some debate sessions there.

In 1999, at one of the many competitions among Lusaka Schools, Naboye won- the Bella sponsored quiz and was awarded three hundred thousand kwacha k300,000).in 2007 the school emerge the best choral group during the NGOMA Awards organized by the National Arts Council of Zambia.

Between 1998 and 1999, Naboye won Micro-Project Unit funding which enabled the school to rehabilitate toilets, complete the new ablution block initiated by the community and put up a water tank.

In 1999 the school received the donation of the following items from well wishers;

Between 1995 and 1997 the school, with the help of the PTA and the presidential funds

constructed a 1X3 classroom block. Another 1X3 block is under construction for 2009.

This is in order to alleviate the problem of classroom accommodation.

After completion of the 1X3 classroom block, the school is planning to begin the

construction of a school hall.

be helping the school with material support. So far the school has received bore hall

water, bathing soap, sanitary pads and many more. The school is yet to receive more