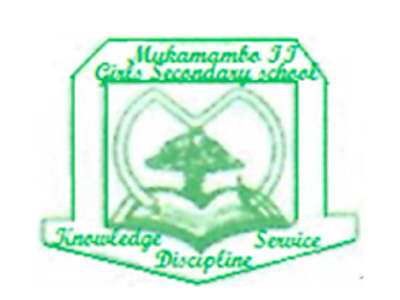 The education of girls and women is an essential pre-condition towards the elimination of world poverty and the upholding of human rights. Getting girls into school is the most effective way of tackling poverty and the upholding of human rights. It increases life expectancy, controls family structures, improves child survival, raises productivity and enables women to demand and secure recognition in private and public life and to accord them an opportunity to make full contribution in society.

Mukamambo II Girls secondary school started as a community driven project in 1999 with the intention to enroll girls that had become vulnerable due to inadequate school places for girls in the obtaining schools in Chongwe district. It was gazetted as government school in the year 2002.

The school infrastructure was first used as carpentry workshops during the British colonial era in 1939. The school was then known as the Jeans College which later turned into Chalimbana Boys Secondary School boarding dormitories. Shortly after independence, the buildings were abandoned after transferring the boys to the newly constructed Chongwe Boys Secondary school in 1971. From that time, the structures were used as piggeries by the National –In-service Teachers Training college(NISTICOL) now Chalimbana university Through the leadership and influence of Her Royal Highness, Senior Chieftainess Nkomenshya Mukamambo II, Mukamambo II Girls Secondary School is now a boarding school.

The school now boast of increased in enrolment level from 40 girls in 1999 to 810 girls in 2021. The school is named after Her Royal Highness Senior Chieftainess Nkomenshya Mukamambo II of the Soli people.

In the quest to enhance education to vulnerable poor rural girls in her chiefdom, Her royal highness through the Ministry of General Education helped transform the old infrastructure into a girls boarding secondary school in the year 2000 using old infrastructure that was since being used for piggery and poultry production.

The community mobilized locally material resources such as river/building sand, crushed stones and burnt bricks with these initial contributions, two structures were rehabilitated in 1999 and availed to the initial 40 girls that were enrolled.

With so many sympathizers to these rural girls who were phased out of the education system due to lack of access to secondary school education within walking distance, the project received a lot of donations in form of cement, roofing sheets, beds, mattresses, lockers, to mention but a few from NGO’s, and private companies.

To date, the school has an excellent pass rate of 90% at Grade 12 and 100% at Grade 9 amidst its numerous challenges, notably very old finished single mattresses, lack of proper kitchen, old buildings with old asbestos roofing and cracked walls which every rain season records many damages and heavy down pour into classrooms which becomes an unhealthy environment for learners.