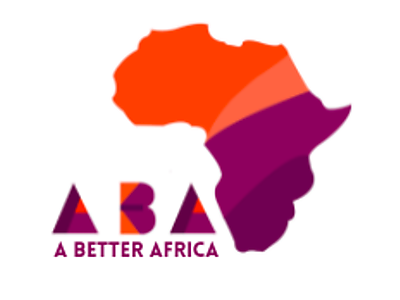 Bullying prevention: are you aware? steps you can take Adults are often unaware of bullying behaviour in schools and classrooms. Subtle, unkind behaviours can easily go unnoticed by teachers. Preventing bullying in schools can happen when the problem is addressed from many angles. Approaches are most effective when the entire school community is involved in creating a culture of respect while developing strong, positive relationships. And it all begins with awareness.

How aware are you of behaviours and factors that can lead to bullying? Here are five steps you can take to prevent bullying from starting.

1. Focus on the small stuff.
Catch small behaviours, and they won’t have the chance to grow into bullying. When subtle acts of aggression go unchecked, they grow to become the accepted mode of interaction. You might not be aware of small-scale behaviours such as:

Hone your skills of noticing small, mean-spirited behaviours, and you will be stopping the gateway behaviours that lead to bullying.

2. Observe students’ interactions.
There are many moments during the school day that provide us opportunities to look for low-level behaviours that may lead to bullying, such as:

Even going a few minutes early to the cafeteria, a specialist class, or the outside recess area to pick up your students can provide time to watch and listen to students interact with each other. Look for who is in charge, who is included, and who is ignored. Are there students no one talks to? Students who are never invited to play or sit with others? Notice children’s words and tone. Is joking around followed by shared laughter, or is only the person who made the joke laughing? Assess what you are seeing and hearing so you can understand what it’s telling you about your students.

3. Consider stages of development.
Are the behaviours you are seeing and hearing in your students typical? A key is to look for equity. If a negative behaviour is equally expressed back and forth between two children, it’s probably not bullying. But if a child consistently receives negative comments from peers—told over and over that they can’t play, or often called mean names—then there’s an imbalance of power that could lead to bullying. Also, pay attention to children’s facial expressions and body language:

4. Pay attention to children who might be targeted.
There are groups of children who are at risk for being targeted with bullying behaviour, such as:

Keep an eye on vulnerable students and ensure that every student is being included and treated respectfully.

5. Pay attention to children who might engage in bullying behaviour.
Children such as those in the middle of a social hierarchy or those who are “popular” are at risk for engaging in bullying behaviours. Watch for children who are looking to gain and maintain social power. However, it’s important to not make assumptions. Any child may be targeted at any time. Watch objectively to clearly understand the behaviours you are seeing

A message to educators

Source: study.com Dear Educators, We understand that you have plenty on your plate and we...

This is all that new teachers need when coming into this profession. After all, no one can say that...

If there is one thing that you should know it is this, there is no doubt that there will be...

The first day as a teacher in any school or a classroom might have you feeling excited and anxious...

With most interviews taking place virtually they can be exciting. These usually indicate new...

Exam season is upon us, and with that comes stress, lots of it. Many teachers feel they are expected...

Article by R.K Henson Congratulations on making it to the end of this school year! The...

Article by Fiona Tapp Teaching is a rewarding yet demanding career. With extensive hours and a...

Article by Katt Backwell The school year has flown by but now is creeping along, you are not...

Time for teachers to recover

The end of a school year brings a range of emotions, which can be overwhelming. Saying goodbye to...