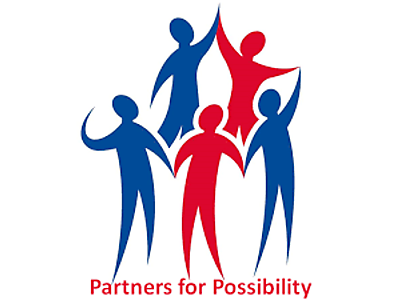 Moved by the gravity of the situation, Symphonia for South Africa, under the direction of its CEO Louise van Rhyn, initiated the Food for Hungry Children project

On behalf of school principals who expressed concerns over hungry learners at their schools, Symphonia for SA reached out to Pick n Pay’s Transformation Director, Suzanne Ackerman-Berman. Through Pick n Pay’s Feed the Nation campaign, Ackerman-Berman has committed to helping communities struggling to feed themselves during the lockdown.

‘’Suzanne’s objective with this campaign has been to get food into the hands of those who need it most. Schools were identified as a facility for distribution because schools and principals, who are community leaders, have a good understanding of the needs of the people on the ground.

Working with NPOs like Symphonia for South Africa has been effective, as they know where the gaps are and can nominate schools in outlying areas,’’ said Bothma.

At the beginning of May, Pick n Pay’s subsidiary food retailer, Boxer Superstores, began distributing food hampers, many of which were delivered to families whose children attend schools on the Partners for Possibility (PfP) programme.

‘’Boxer’s Marketing Director, Andrew Mills, coordinated the distribution with stores near the schools. All the health and safety and social distancing protocols were followed. Even the police were present,’’ Bothma explained.

‘’I was very impressed with how proactive the principals have been throughout this,’’ Bothma added.

In the end, 2,555 food parcels were delivered to six PfP schools, resulting in over 12,000 people receiving food for a month.

Schools at the centre of community during a crisis

After receiving 260 food parcels, Visvanathan Govender, the principal of Acacia Primary School in Verulam, KwaZulu-Natal expressed his gratitude for this ‘’humane gesture of goodwill’’.

‘’Our community is the poorest of the poor beset with HIV, TB, child-headed houses and unemployment. This hamper distribution opened my eyes to the abject poverty in this community. Although we have only reached a percentage of the need, I am grateful to [Symphonia for South Africa and Pick n Pay] for having a positive effect in addressing this colossal problem of poverty and starvation.’’

The principal of Marconi Beam Primary in Milnerton, Cape Town, Bukelwa Plaatjies, and Philile Khasa, principal of Christopher Nxumalo Primary in Chesterville, KwaZulu-Natal, mentioned that their respective school communities were grateful for the food parcels. Khasa said that this gesture has had a positive impact on his school and the surrounding community.

“I would like to thank the sponsors who made it possible for 200 families to receive food parcels. The families are very grateful. About 90% of our parents are unemployed and struggle to put a plate of food on the table.’’

For Enqileni Senior Primary in Motherwell, Port Elizabeth, the receipt of much-needed food was an opportunity for the school’s stakeholders to get involved by helping to distribute it.

Principal Vuyiswa Nzube said: ‘’It was a really good day. Our school governing body was thrilled to be part of this.’’

Groups that may interest you.
PfP Basic Information on Public Education
PfP Project Resources for Schools

Educational Graffiti: Making school infrastructure into a canvas for teaching maths and more.

Written by Gail McMillan Alcova Elementary School in Georgia, USA has come up with a...

. . Despite having spent many hours of my life shovelling dirt in the garden...

Integrating School Gardening into the Curriculum

Post Written by Zah'Rah Kahn The youth will lead. Adults must play their part. The...

The Importance of School Landscapes

Post written by Tamlyn Combrink What attracts students and parents to a school? One major...

Post written by Tamlyn Combrink Children get great enjoyment from being outdoors. They’re...

5 Tips to Start a School Gardening Project For Your Students

Post written by Tamlyn Combrink Learn how to create and start your own school gardening...

Some tips on setting up a feeding scheme during lockdown

Written by Magali von Blottnitz 6 April 2020 We have been asked for advice on how to set up a...

Feeding the stomachs and the minds during lockdown: Westlake Primary