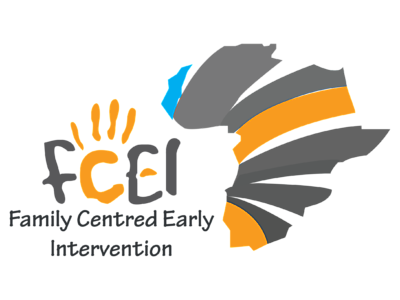 Not all deaf adults started out life as a deaf child. In fact, most of them don’t.

As a deaf child, the decision was made by my (hearing) parents that I would have hearing aids fitted. They then kept up to date with every bit of kit, every advancement that might help me manage the divide of being a deaf person in a hearing world.

They kept up to date, but they didn’t automatically agree to everything that was offered. They didn’t, for example, send me to a Deaf school (instead they fought INCREDIBLY hard for me to attend mainstream education). They said no to the offer of cochlear implants.

They made decisions about what they hoped was right for me, as all parents do, about so many things.

And I will never not be grateful for the gift they gave me; being an equal part of two very different worlds.

It really is a gift.

But as with all gifts, it comes with a price; you will be welcome into both worlds, but will fully belong to neither.

It is well-documented by so many of us that the distinction between deaf (or Deaf, although I’m pleased to see the community moving away from these divisive labels) and hearing is not a binary thing.

You can’t define a person by something that is so fluid, so changeable. People have varying degrees of hearing, and they have different ways of embracing or fighting against any loss of it.

I have a lot of love for my wonky ears. As with anything else that is yours for life, my ears and what they do and don’t do has defined who I am. Unfortunately, who I am sometimes still feels like a work-in-progress …

And people evolve too. A few years ago, I decided to have a cochlear implant fitted. I had several reasons. I feel no obligation to tell you any of them; what was right for me would not be right for someone else in the exact same situation. I am happy to share bad selfies, fudge recipes and endless swear words, but I’ll keep huge life decisions to myself for now.

The operation was a huge thing. The rehabilitation was an even huger thing. The effect on my life was enormous, in both good and bad ways. As time went on, my brain began to learn some really useful tricks; like being able to detect a shout from a room next door. No detail; just the fact that someone was making a noise and I should probably go and check it out (in case it involved free food, or injury, both fairly important things).

For me, as a single parent, such a tiny thing was worth every moment of pain and stress (physical, emotional and, of course, social) that came with the cochlear implant decision.

(Friendly reminder; this is MY experience. Nobody else’s will be the same, nor should it be, nor should we try to pretend that it ever could be.)

The benefits continue to increase slowly and in tiny ways. These are also well-documented. When a cochlear implant or other intervention works, it is always talked about. What you’ll find less of are notes on the trade-off.

I went to the beach this week. I was the only person who didn’t swim in the sea. I was with a non-signing, hearing group and to remove my CI to swim would have meant removing myself from contact with the group. If you think I should have just taken it out and done my own thing, and sod them for not knowing BSL, you’ve misunderstood the point of going with that particular group.

When I wake up in the morning, my children have to wait until I have put my glasses on and my implant in before they can talk to me. Yes, they could sign, but they don’t because they are used to CI mummy, who can hear just enough that combined with lip-reading, she’s almost ‘normal’. I am now so ‘almost-normal’ that I have managed to create a life that is sometimes more difficult for me to navigate than when I communicated only in BSL – even within my own family.

I take part in spoken meetings with one or two other people, and contribute fully and happily, but then watch the confusion on their faces when more people enter and suddenly I have nothing to say, because I have no idea what’s going on anymore. Too many voices, too many faces, not enough hands.

I’ve been sitting with deaf friends on the park, signing away, when a neighbour walked past and said hello, asked how I was, and I responded. Those friends are incredibly dear, but they don’t even try to hide their sadness (or jealousy, or disappointment) when they see me speaking. Why would they? In that moment, I am different and there’s no point pretending I’m not.

Some days my brain seems able to process sound better than others, or at least more effortlessly. Other days, just being in a room with any kind of noise is exhausting; I can’t tell my brain to stop trying to listen. All I can do is take the CI off, which I do, but that causes its own kind of issues which are tiring in a different way…

Do I sound self-pitying? I don’t mean to. But ultimately, that’s the struggle of someone who is in-between. We have the best of both worlds, as we’re often told. And we wouldn’t want to change and only be part of one world, otherwise, as many people do, we would have done that a long time ago.

An in-between identity IS a valid identity. It isn’t less or more, and it doesn’t mean you haven’t found out who you are yet. It means you’re in-between.

But that doesn’t make it comfortable.

Emily Howlett is a profoundly Deaf actress, writer and teacher. She makes an awful lot of tea. And mess. She now has not one, but four grey eyebrow hairs. C’est la vie. She tweets as @ehowlett

Do’s and Don'ts for Hearing impairment in the learning environment

Hearing impairment occurs when there is damage or a problem to one or more parts of the ear, it is...

Not all deaf adults started out life as a deaf child. In fact, most of them don’t. I did....

SADAG has launched a new support groups across SA

SADAG has been launching new Support groups across SA despite being in the middle of a pandemic. We...

A deafblind woman was allegedly verbally abused by another rail passenger after her sister briefly...

The launch of the FCEI Ecosystem

In July 2020 this ecosystem launched. The vision is for collaboration, collective intelligence,...