Saving electricity to free budget for other purposes

Stellenbosch University researchers recently found that  between 3% and 18% of the government subsidies of South African schools are wasted on inefficient lighting. See below more details on their findings. 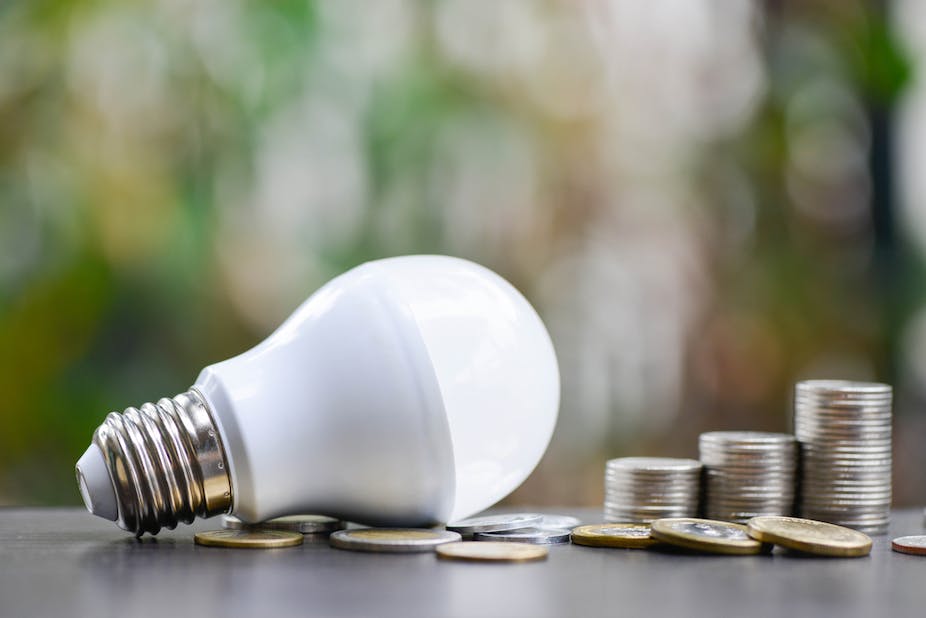 Light in the darkness: how South African schools should cut their electricity costs

Stellenbosch University provides funding as a partner of The Conversation AFRICA.

The Conversation is funded by the National Research Foundation, eight universities, including the Cape Peninsula University of Technology, Rhodes University, Stellenbosch University and the Universities of Cape Town, Johannesburg, Kwa-Zulu Natal, Pretoria, and South Africa. It is hosted by the Universities of the Witwatersrand and Western Cape, the African Population and Health Research Centre and the Nigerian Academy of Science. The Bill & Melinda Gates Foundation is a Strategic Partner. more

We believe in the free flow of information

Republish our articles for free, online or in print, under Creative Commons licence.

Republish this article
Using LED lights in schools can drastically reduce the rate of electricity usage and costs.

Despite financial constraints, high costs and the best efforts of principals, electricity usage in South Africa’s schools remains largely unchecked, as schools focus on educational outcomes. The country’s 23,471 public schools use an estimated 3.5 TWh of energy a year. This is about a quarter of Koeberg nuclear power station’s production and it costs about R5 billion ($330 million).

In a recent study we analysed the energy usage of 13 schools in Stellenbosch, a town in South Africa’s Western Cape province. The sample included poor and affluent schools. We then compared it with what schools use in other countries. This comparison makes it possible to estimate energy efficiency and see where money can be saved.

Although there are large variations, we found that the average school in our sample set uses 450 kWh (“units”) at a cost of more than R865 ($57) per school day. With just over 1,600 schools in the Western Cape province, the collective daily cost for electricity is about R1,385,000 ($92,000). This is an equivalent daily carbon footprint of more than 500 flights from South Africa to London in the UK. It represents a massive impact on the country’s fragile national grid and increases the need for scheduled power cuts – commonly referred to as load shedding.

From our study we observed  that South African schools are lower consumers than their international counterparts, especially those in developed countries. Usage by our sample of Stellenbosch schools ranged from 5% to 10% of North American schools’ usage, and from 19% to 46% of European schools’ usage. This large difference exists in all climates, so we deduced that it’s not due to temperature differences only.

We suggest it indicates inadequate investment in infrastructure in South African schools rather than impressive energy efficiency. Schools tend not to have climate control (for heating or cooling, or both). More importantly, they don’t have enough information technology equipment, mainly computers, especially in the poorer schools.

We also observed a large difference between the daily electricity usage (kWh) profiles of poor and affluent schools in our sample. The median affluent school used 393 kWh/day in term time, about as much as 15 households, and the median poor school a mere 140 kWh, less than half as much.

Based on our study, we see this gap as the result of constrained infrastructure investment at poor schools. We expect it to exist nationally too, as shown in a 2018 Amnesty International survey. Of the 23,471 public schools in the survey, 20,071 had no laboratory (or a computer lab), 18,019 no library, 16,897 no internet and 9,956 no sports facilities.

We identified lighting as a major user of energy in schools – up to 57%.

Generally speaking, energy expenses can be reduced in three ways: by using renewable sources, changing behaviour and improving efficiency. We therefore conducted three studies to explore the potential impact of these measures in South African schools.

Renewable sources of electricity have become very popular, and rightly so. But we have shown that the payback periods for investment in solar photovoltaics (PV) at schools are in excess of five years, despite hours of school usage closely matching the hours of solar generation.

Following success with saving water at schools during a recent drought in South Africa, we performed a similar smaller behavioural experiment on electricity usage. We converted actual usage data from existing electricity meters into easy-to-understand reports expressed in terms of energy, cost and resulting emissions. Compared to the control schools, the schools that received our information reduced their usage and carbon footprint by between 11% and 14%, resulting in average monthly savings of about R4,000.

Lastly, with support from Stellenbosch University’s Division for Social Impact as well as government and private sector partners, we ran a separate energy efficiency campaign at most schools in and around Stellenbosch. 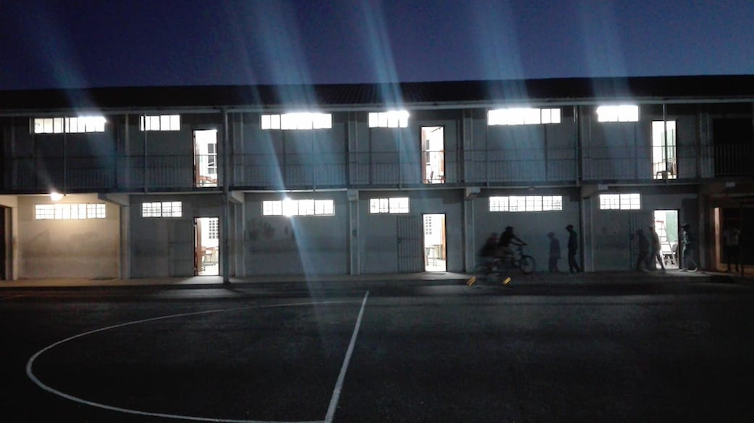 We tested eight different LED lights and found usage could be reduced by 68% per light. We then developed a model to establish how much and when electricity was being used by lighting and how much could be saved. We found that the current lighting accounted for between 31% and 57% of our schools’ electricity expenditure, compared to 14%-25% in developed countries. This means that between 3% and 18% of the schools’ government financial allocation – meant to be a lifeline to schools – was wasted on inefficient lighting.

We found that schools’ annual electricity costs can be reduced by 21%-39% merely by replacing fluorescent lights with the most efficient LED lighting option available. The payback period for LED light replacements is about two years. That’s a good deal quicker than any solar PV investment at this time.

Much can be done to improve electricity efficiency in schools so they can spend more on feeding schemes, human resources, investment in infrastructure, maintenance and after-school programmes.

The use of solar PV at schools is viable and worthwhile, as is changing consumer behaviour and raising awareness. But improving efficiency through light replacements makes for a substantially better investment.

This article is republished from The Conversation under a Creative Commons licence. Read the original article.

Saving electricity to free budget for other purposes

Stellenbosch University researchers recently found that between 3% and 18% of the government...

Inclusive Education recognises the right of ALL children to feel welcomed into a supportive...

What schools that work do right (The video script)

According to 2017 study, on schools that work, high-performing schools do nothing out of the...

Arguably, everything we do in the education sector is ultimately for the learners – so that they can...

Arguably, everything we do in the education sector is ultimately for the learners – so that they can...

Whole School Evaluation (WSE) and its implementation in the Western Cape

The Whole School Evaluation (WSE) is a national policy promulgated in 2001 – but its implementation...

The Integrated Quality Management System (IQMS) was promulgated in 2003 to integrate the existing...

How are school principals appointed?

Provincial education departments determine their own set of rules and procedures for the appointment...

Understanding the policy framework for progression and the MEO option is essential in order to make...

Per-learner allocations for non-personnel costs The National Norms and Standards for School Funding...