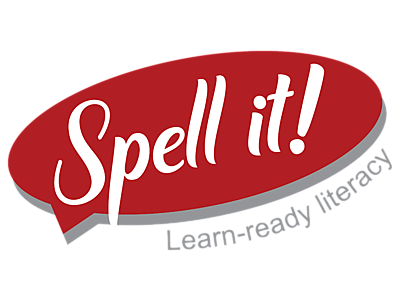 Acts 2 says that in Jerusalem, situated on Mount Zion, on this day people from “every nation under heaven” were present. The Holy Spirit then enables the Followers of Jesus to speak in other languages other than their native Galilean language, so that people remark “how is it that each of us hears them in our native language?”

But different this time.

This time with a purpose of healing and changing the world, with God, rather than making a name for ourselves in opposition to God.

As an organization, Spell It South Africa, has an immense primary task ahead of it: We are attempting to create the conditions for every single African child passing through Grade 4 to be Learn Ready Literate. This equates to millions of children in hundreds of thousands of schools across 54 African countries.

Up to now our primary focus has been to promote English. This is, I still believe, correct as English is the dominant language in the world and when a person is fluent in English, the opportunities available to them expand exponentially. And yet English is but one of many languages spoken in South Africa and Africa. South Africa has 11 official languages but is home to dozens of other languages from Hindi and Gujarati to Igbo, Shona, Lingala and Mandarin. Then there are our original languages of the !Kung, Nama and Quena people (also known as Bushmen, San and Khoi).

Many languages. Most people not understanding each other.

We seemingly still live under the consequences of Babel!

And yet there is hope.

On Saturday 9 June, Spell It SA’s programme in the Western Cape hosted a multilingual spelling bee in the small town of Hermon. 6 schools participated, and a number of parents and community members attended. Before the school’s competition, an adult’s competition was held where[R1]  parents spelt in English, Afrikaans and isiXhosa.

The event was an amazing success. Not only was their fun and laughter but real learning by both adults and children. The winner of the adult’s section was won by Lelethu Mkala from Tulbagh.

The school’s competition was won jointly by two young girls – one, Sibukele Makhaba, from an isiXhosa medium school and the other Mischa Louw from an Afrikaans medium school.

Not everything was rosy though.

People we clearly uncomfortable engaging with languages they didn’t find comfortable. For some it was the Afrikaans, for other the isiXhosa. There is still a lot of ignorance amongst us about other languages.

When for example, an isiXhosa word like “amaqunube” (strawberries) came up, most of the audience groaned or laughed. Same with “nezilwanyana” (animals).

And yet we took a step forward. Away from our Towers of Babel towards our own Zion. At the end of the event there was joking and laughing around pronunciation and how we need to learn more from each other.

Over the next months and years Spell It SA will be hosting more multilingual spelling bees and taking a more aggressive approach to promoting other languages alongside our programme.

Spell It SA has already initiated a relationship with Alliance Francaise to translate the programme into French and to present it in Francophone countries. A similar plan for Portuguese speaking countries like Mozambique and Angola is also being developed.

Much of that road is unclear and uncertain.

Materials and methods for teaching indigenous languages are under developed or simply don’t exist.  There are many forces in our country who still use language (and the racial implications aligned to it) as a weapon to divide rather than to build.

And yet we are moving.

Away from Babel towards Zion.

And we will keep moving. Step by step until we reach a place – again or maybe for the first time – where we hear each other. In the book of Genesis, chapter 11 we read an interesting story. More than simply “interesting”, it...

I will be starting a running blog - partly to keep our organisation and partners updated on the...

Bad education: It starts with how we train teachers

One of the best safeguards to ensuring a fair education system is making sure that all teachers have...

Why reading books should be your priority according to Science

More than a quarter--26 percent--of American adults admit to not having read even part of a book...

Learning to speak in the mother tongue is key to a child’s overall development and benefits the...

The Road Accident Fund present at Kimberley and De Aar

On 15 August 2016 a team from the Road Accident fund (RAF) met with our Northern Cape Spell It...

My name is Wilhelmena Mathabatha. I am a Reading Coach at Waterworks Primary School in Riverton,...

My name is Vincent Tshite and I am the Reading coach at Barkly West Higher Primary School in the...

Emelda Sebusang - My Experience as a Reading/Spelling Coach

My experience as a Reading/Spelling coach under the Droogfontein Solar Literacy programme has been...